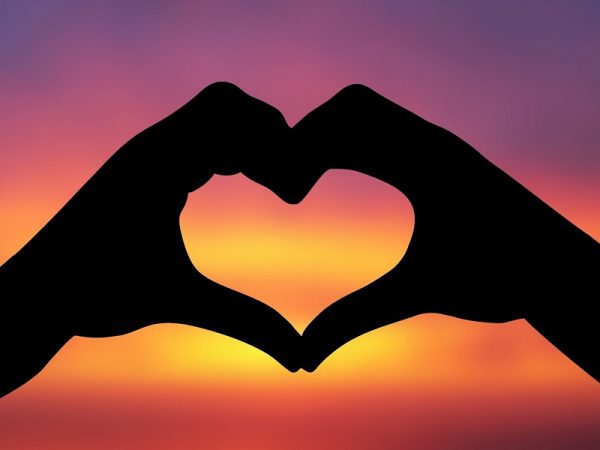 Do you know that God loves you! Whether you already know Him or not. You are very precious to Him. He knows you and knows exactly what keeps you busy.
But there is more, because this God, the Creator of heaven and earth, wants to share His life with you and have a personal relationship with you. Just like He did with Adam and Eve (the first people). He walked with them and spoke with them very personally, every day.

Again now, this is God’s desire for you too. To walk in peace with you personally, as a good Father does. Because for that you have been created, to have a relationship with your Creator. He wants to give you an abundant life with Him. Not only now, but forever.

God created the heavens and earth and made everything ready to place the crown of His creation in it, man. He made man in His image and breathed His breath of life, His Spirit in him.
The first people, Adam and Eve, He gave dominion over the whole earth. Everything was perfect and good. They lived in harmony with God and each other. He also gave them only one commandment. They were allowed to enjoy everything, but were not to eat from one tree, the tree of knowledge of good and evil. He warned them that if they would eat from it, they would die. In this way He gave them a free will to trust Him and obey Him in love.

Unfortunately, Adam and Eve chose not to listen to God, but to His adversary Satan. Very cleverly, Satan deceived them to believe in his lies and thus question God’s words (he still does this every day with every man). Adam and Eve made the wrong choice with fatal consequences. They questioned God’s trustworthiness. They believed Satan’s lies, that they wouldn’t die and could be like God, and they acted accordingly. They ate from the tree anyway and in this way rebellion against God (or sin) and death came into the world. God had warned them that the penalty for sin would be death. Not only physical death, but also spiritual death, the eternal separation from God, their source of life.
Adam and Eve got Satan as father instead of God through their open rebellion and thus became his slaves. From then on they became a slave of sin and carried the sin nature within them. The sad consequence is that all their descendants, EVERY human being is born with this sin nature and sins against his fellow man and Creator.
This is a hard truth. But let’s look at the example of a child. Despite the fact that a baby looks so pure and innocent, every parent knows that you don’t have to teach a toddler any bad behavior, such as selfishness or being rebellious. It’s been there from the beginning. (Genesis 1 to 3, Romans 3 verse 23, Romans 6 verse 16, Mark 7 verses 21-23) 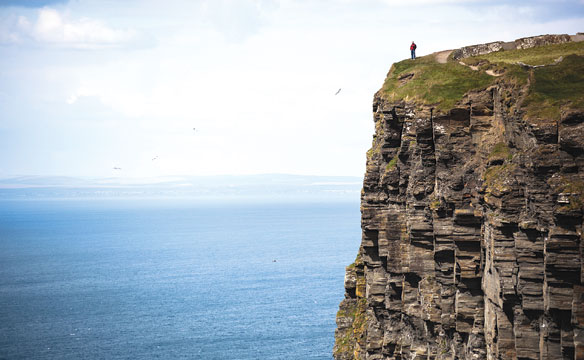 Because God is pure and just, He judges fairly and justly about sin. God’s law demands punishment for sin. The sentence for sin (rebellion against God) is simply death and eternal punishment. God can not condone sin, for then He would no longer be righteous.
So a huge problem has arisen. Every human being is therefore guilty before God and is spiritually cut off from God’s life. And in this way, as a slave of sin, he walks automatically on the road to hell (for this is the final destination of Satan). Yet God remains a good God, despite this hard fact. The problem is not on God’s side, but on man’s side. It is our sins that separate us from God. We have failed in God’s standard. (Deuteronomy 32 verse 4, Ezekiel 18 verse 20, Romans 5 verse 12, John 8 verse 34, Isaiah 59 verses 1-2)

But why such a severe punishment? The reason is the authority to which is sinned.
For example, if I were to lie to a child, the result or punishment would not be so great. But then if I were to lie to my employer, it could be that I am being fired. And if I were to lie to a judge in court, it could have big consequences, like a prison sentence. We see from this example that the higher the authority is to which is sinned, the greater the debt.
But God is surely much bigger and higher in authority. He is the perfect Creator. When we sin against Him, then the consequence is much greater, the death penalty. Forever lost and separated from God, our source of life. (Romans 6 verse 23)

But fortunately it does not end here! The good news is that God is also full of love besides being righteous. Man is not created for a life of sin, guilt and sickness. He is not meant for a life of shame, depression or inferiority. But man is made to walk in harmony with God. God does NOT want anyone to be separated from Him and eventually go to hell. He wants us to be saved from the power of sin, death and Satan and to experience a life in harmony with God! (Ezekiel 18 verse 23, 1 Timothy 2 verses 3-5, 2 Peter 3 verse 9)

But how do we get that personal relationship, how do you get rid of your sins and guilt, how do you become a child of God, how do you bridge that enormous gap?

For millennia long (and still) people have tried everything.

It did not help (and helps) anything. The problem remains. The lie of Satan (pride) wants us to believe that nothing is wrong and we don’t need salvation. Or it makes us believe that we can solve it ourselves. It tells us that if we try to live well it is sufficient. That our good works will bring us there and will eventually make the difference, like with a scale. But God says that whoever violates one of His commandments has become guilty of all commandments. We are made in His image and should live according to His standard.
Many people have been misled and entangled by these human ‘solutions’. None of these things solve the case. None of this can bring us back to peace with God. A slave cannot free himself. Nothing what we do is sufficient enough. Nothing is good enough that God can accept us again as His children. The punishment must be paid.

Another pious sounding lie is also circulating: “We must wait for God until He saves us.” And therefore many people wait very meekly as if in a lottery, until God will do something. Until God chooses them. Until He decides to intervene in their lives. (Romans 3 verse 20, James 2 verse 10)

But God has already intervened!
God has done SOMETHING!
He has done EVERYTHING! 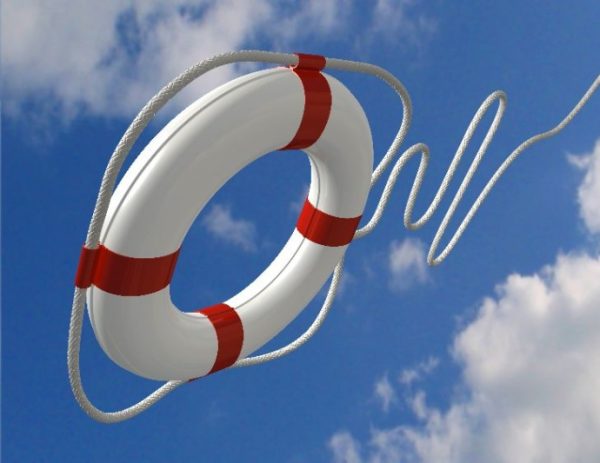 God promised Adam and Eve to send a Savior after their fall. He knows that people can not come into His presence on their own strength. That is why God Himself came into our presence. God gave everything that He had to save us from our lost state, to take away the sinful debt. He did anything for it! His love for people is so great. Every person is very precious to Him. (Titus 2 verse 11)

God sent His Son Jesus Christ to the earth as Savior. Jesus walked on earth in union with God, the Father. He told the good news of God’s Kingdom and healed everyone who was oppressed by Satan. He told people that they must be born again to enter the Kingdom. Jesus was without sin and guilt and only did good. Therefore He could be the perfect sacrifice.
Jesus was voluntarily imprisoned, scourged and nailed to the cross. He did this for you and me. He took your place and bore your punishment. He paid the price for your debt with His blood, so that you can have free access to God again. He died for you. 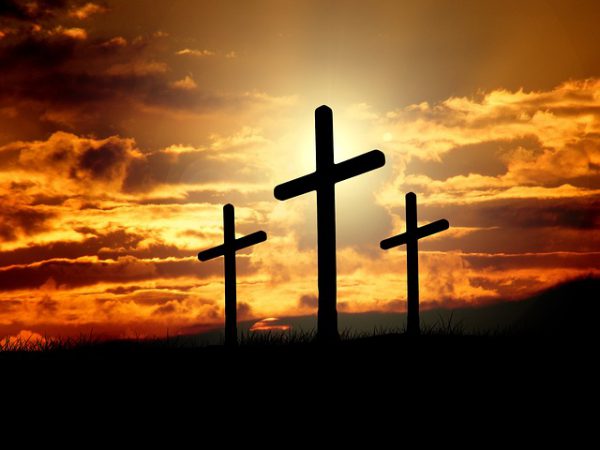 In this way the separation and enmity between man and God has been taken away. On the basis of Jesus’ blood sacrifice, there is now legal forgiveness of sins, deliverance from Satan’s power and now man can stand before God without sin and walk with Him again.
Now God can put His life and Spirit in us and we can be spiritually born as His children. Then God’s laws are written in our hearts and minds. We then receive new desires and we no longer want to sin and hurt God. Then we are no longer slaves to sin, but a new creation with God’s nature.
Now a close relationship and unity with God is possible. For we are redeemed through the precious blood of Jesus, the perfect sacrifice. (1 John 4 verses 9-10; Matthew 26 verse 28; Colossians 1 verses 13-14; Colossians 2 verses 13-15; Galatians 3 verses 13-14; Romans 8 verses 14-15; Ezekiel 36 verses 26-27; Hebrews 10 verses 15-18, 2 Corinthians 5 verses 17-18, 2 Peter 1 verses 2-4, 1 Peter 1 verses 18-19)

The road is cleared and it is made possible by God Himself! That is grace! We did not deserve it, but He has decided and done it. When we were still sinners, Christ died for us. It is God’s work and it is complete. Nothing can be added to the blood of Jesus. The full price has been paid. If we rely on Jesus’ payment for us personally, than the penalty does not have to be paid twice. Than we are free from guilt. But beyond Jesus, there is still no salvation from sin possible. Therefore, we must be connected with the One who saves, we must become one with Jesus Christ. (Romans 5 verses 1-2 + 8-11, Acts 4 verse 12, 1 Corinthians 6 verse 17)

Adam, the first human being caused guilt for mankind, but Jesus Christ, the ‘last Adam’, has borne this death penalty and obtained forgiveness for mankind. He has overcome and has taken back everything that the first Adam had lost to Satan. That is, the free access to God, being right with God without sin consciousness, and full health. There is paid for the spirit, soul and body. Jesus has overcome the power of sin and sickness and we may walk in unity with Him in that victory. (Romans 5 verses 15-19, 2 Corinthians 5 verse 21, Matthew 8 verse 17, 1 Corinthians 15 verse 57)

This wonderful action from God requires a reaction from us
to make it active in our lives.